As I was doing research online today (that’s what I call it when I’m unmotivated and just want to browse online), I came across a great site called The Good Men Project.

There was a great article on failsafe rules for raising daughters. I thought that, since I have a 12 year-old daughter, I would see how I was doing with following the rules. Listed below are the rules and my comments on how I think I am doing with each of the rules:

Tell her she’s pretty, but tell her other good things about herself more. 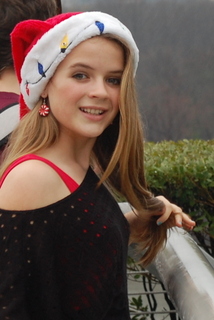 Yep, I do this one quite a bit, probably more than I should. At a certain point it probably becomes annoying to her.

Teach her that handymen don’t have to be men.

Not a problem. Although I don’t necessarily teach her this, she can see pretty easily that both her mother and I do lots of fixing and maintenance around the house.

Let her play in the mud.

Well, she’s 12 now, so her desire to play in the mud has diminished greatly. Since we live in the country, she has had plenty of time to get dirty, feed goats, muck out horse stalls, etc.

Remember that the way you talk about and treat women will have a lasting impact.

This is a very important issue for me and one I work on as much as I can. I firmly believe that the way we treat others in our lives makes a huge impact on our kids. Not just family, but everyone I come in contact with.

I think I’m pretty good at this. It’s a hard one to measure, though.

Cry when the family pet dies. 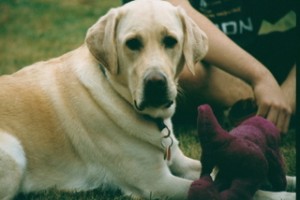 I’m not a big crier, but we have had many funerals at the McNerney farm, and many opportunities to see me shed a tear.

Read her books with great heroes – both boy and girl heroes.

She’s beyond the years of being read to, but is a voracious reader. I love the fact that she has been much more into the Harry Potter series and The Hunger Games than the Twilight series. Her role model: Ginny Weasley.

Teach her that she has power over her own body.

Teach her about boys without fear-mongering.

We’ll see how I do with this one as she gets older. I think I’ll do a pretty good job of not whitewashing all boys into the jerk category, but I have no idea how I will do until it happens…

I get to hear more of her music than she gets to hear mine, but that’s fine. I can tolerate it and even enjoy it at times. She’s got her presets on my car radio. 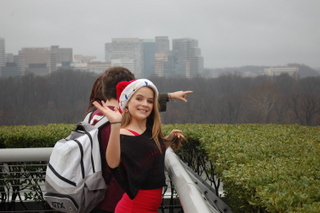 She can dress any way she wants, and rarely wants to wear a dress, but me dressing like a princess…sorry, won’t go there. I would feel just a bit too silly. I know, that’s probably the point, but I can’t see doing that.

Go with her to the nail salon and each of you get a pedicure. 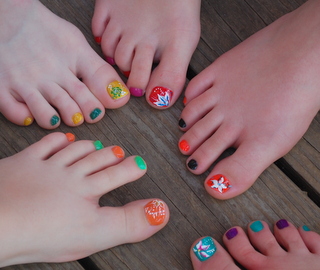 This is a great idea! I love getting pedicures, but will never go to a salon for one unless it’s a date with my wife. Going with my daughter will give me great dad points and I can get a foot massage at the same time. Definitely a win-win situation. And no, these are not my feet. It’s from her birthday party at the nail salon!

Include her in your favorite hobbies.

I love fishing, which is something that Shannon has gotten very good at doing. She still doesn’t enjoy baiting the hook, but she has a great cast and knows exactly how much pressure to put on the fish to land it.

16. Let her put on shows for you. Then put on a silly show for her.

Well, not so sure about this one. The author says to dance for her. I have been forbidden to dance in public or private and am required to pay a fine of 50 cents each time. We are in the ‘Dad is embarrassing” stage, so no shows here. She is entertained when she watches a TV interview, and reminds me that she’s glad I don’t talk that way all the time.

Let her choose any color she wants for one wall in her room. 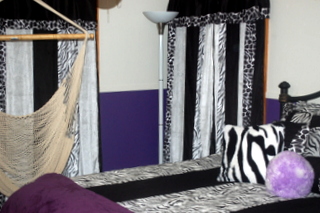 We are on her fourth color for her room. It’s purple with black and white zebra prints on the drapes and bedspread. It’s very cool looking.

Not a problem here. She’s become quite a tough contender in life. I think a big part of that is because her older brother Max didn’t hold back during play time.

Inspire her with women role models who excel in traditionally male-dominated fields or activities.

Don’t shame her for what she wants to wear – but exercise the power to modify.

No problem on this one. She’s a great dresser and doesn’t overdo it. 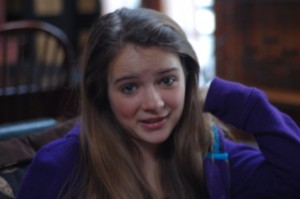 day that you’re together.

Every day? Wow, that’s a lot of pressure. How about every few days, and does texting count? And look her in the eyes? I don’t know about you, but that tends to freak most people out after a little while. Some of the best talks we have are in the car, especially now that’s she’s old enough to sit in the front. I think the lack of eye contact makes it easier to talk, since I can’t look at her and drive at the same time.

As she gets older, tell her the truth about drugs. Don’t use scare tactics, be honest.

We are just getting into this arena, and I am thankful of the work that her teachers and school counselors have done in educating without alarming. I hope to continue the good work that has begun by others.

Teach her that “No” means “No”, for both herself and others.

I think we’ve done a good job with this, especially since she doesn’t take any *$#A@ from anyone!

Allow her to be girly if that’s her thing, but don’t force her to be if she’s not.

We had some trouble letting go of this one. I’m glad we did. When the tension of what to wear was gone from the relationship, Shannon was able to find her own style (which is a pretty great style, if you ask me).

If she’s still little enough, hold her until she falls asleep sometimes.

I don’t want to embarrass her in this article, so I’ll just say that we still have lots of hugs, “I Love You’s,” and snuggle times. It’s the favorite part of my day.

I need to spend more time talking, and listening. Not just in the car, but taking her out to dinner occasionally so I can spend some uninterrupted time with her. She’s one of my favorite people I know, so I should make sure I spend more time getting to know her. She is changing at a rapid rate, and if I don’t keep watching, I’m going to miss out.

2 Responses to "The Good Men Project – How Did I Measure Up?"