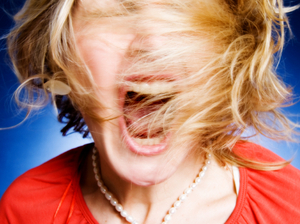 Here’s a great article from NPR about arguments and why it is a good skill for our teens to learn. Here is a small section of it. The whole article can be found here:

…almost all parents and teenagers argue. But it’s the quality of the arguments that makes all the difference.

“We tell parents to think of those arguments not as nuisance but as a critical training ground,” he says. Such arguments, he says, are actually mini life lessons in how to disagree — a necessary skill later on in life with partners, friends and colleagues on the job.

Teens should be rewarded when arguing calmly and persuasively and not when they indulge in yelling, whining, threats or insults, he says.

In Allen’s study, 157 13-year-olds were videotaped describing their biggest disagreement with their parents. The most common arguments were over grades, chores, money and friends. The tape was then played for both parent and teen.

“Parents reacted in a whole variety of ways. Some of them laughed uncomfortably; some rolled their eyes; and a number of them dove right in and said, ‘OK, let’s talk about this,'” he says.

It was the parents who said wanted to talk who were on the right track, says Allen. “We found that what a teen learned in handling these kinds of disagreements with their parents was exactly what they took into their peer world,” with all its pressures to conform to risky behavior like drugs and alcohol.