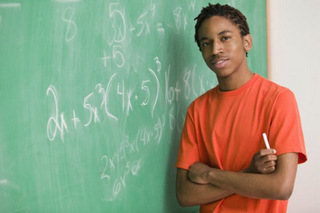 In my counseling practice, I work with many kids who have been told they are smart, but are not perform-ing anywhere near their intelligence.

They have been told they are smart because, well, they are smart. They have scored high on the school intelligence tests, and they have always understood concepts much more quickly than other kids of the same age. They have been praised for their intelligence since toddler-hood. A survey by Columbia University found that 85% of American parents think that it is important to tell their kids that they are smart.
I have learned that this under-performance phenomenon isn’t just happening in my office. It’s a national trend. Why are so many smart kids under-performing? Recent research is suggesting that we are praising the wrong thing: intelligence. A study done with over 400 students found some fascinating results about praise.

Students were individually given a short intelligence test that most children could accomplish very easily. Once the test was finished, the researcher would give them their score and then give them a single line of praise. Half were praised for their intelligence. They were told, “You must be smart at this.” The other half were praised for their effort: “You must have worked really hard.”

The students were then given a choice for the second test. They were told that one test was harder, but they would learn a lot from attempting it. The other test, they were told, was just as easy as the first test. Of those kids that were praised for their effort, 90 percent chose the harder test! Those that were praised for their intelligence? A majority chose the easier test. 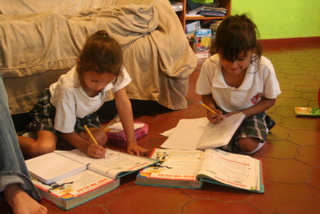 Why the huge difference? If we are praising kids with the hopes that it will increase their performance, why is it backfiring? I think there are at least two reasons for this. The first reason is that kids begin to focus on “looking smart,” and they begin to avoid challenges that might not show them in the most positive light. They think, “If I’m so smart, I should be able to do well on this assignment. But I don’t think I’ll do well, so I’m not going to try. If I do try, I’m not going to give it my best. Because if I get a bad grade, at least I can say I didn’t try my best instead of saying I’m not smart enough.”

This is something I see over and over again with under-performing kids. They don’t try their hardest because it might make them look less intelligent. They stop taking risks and begin to narrow their focus to the things they know they can do very well.

The second reason for this phenomenon has to do with the nature/nurture issue. Intelligence is, unfortunately, somewhat stable throughout life. Although there are things we can do to decrease intelligence, there isn’t much we can do to significantly increase it. If you were born with average intelligence, there is nothing you can do to become as smart as Einstein. Praising intelligence is like praising height. Telling someone how tall he is will not make him taller, and it won’t make him a better basketball player.

Hard work, on the other hand, is not set at birth. Since it is a behavior vs. a gift, it can be increased to a great degree. Therefore by praising hard work, it increases the likelihood that someone will work harder. Carol Dweck, the principal researcher of this research says: “Emphasizing effort gives a child a variable that they can control. They come to see themselves as in control of their success. Emphasizing natural intelligence takes it out of the child’s control, and it provides no good recipe for responding to a failure.”

Here are some ways to begin praising effort at home:

These are easy ones that emphasize effort. Also try these and feel free to adjust depending on your child’s age:

“You worked really hard on that.”

“I can tell you put a lot of effort into this. Nice job.”

“I know you wanted to give up on this, but you kept at it. You were relentless on this.”

“I see that you went back corrected all of your spelling and grammar on this paper. That’s what I call perseverance.”

All of these statements praise the thing we want to reinforce: effort. Do I still praise my kids about their intelligence? Sure I do at times. Old habits die hard. But I am focusing much more on praising their effort. It’s much easier for me to add a new habit than break an old one. I would suggest you try the same. Whenever you find yourself praising intelligence, also praise the effort. It might take a while, but soon you will shift your praise to the thing that will make a big difference to your kids.

Do you have an idea for a column, or have a question I could answer? Let me know at neil@neilmcnerney.com.

Neil McNerney is a licensed counselor and author of Homework – A Parent’s Guide To Helping Out Without Freaking Out! For more information go to reducehomeworkstress.com